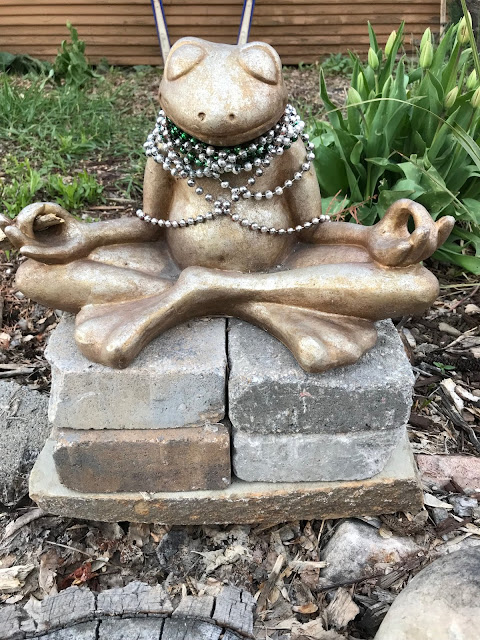 Overwhelmed with angst
Searching for resolution
Maybe, just chill out


This morning I saw #DearMeTenYearsAgo trending on Twitter and I paused to think of all of the things I wish I had known ten years ago. It's a long list. I was 35 ten years ago and had already mastered the art of the mistake. Divorced twice, five kids with six different mothers, addicted to Skittles on wheat bread, three felonies in five states and all sailboat related to say nothing my neurotic habit of overthinking things. There had been tough times. One of the many, many, things I wish I had known ten years was to just chill out.

For much of my early career, I had been overwhelmed with angst. Some of this anxiety was positive. It motivated me to over prepare for meetings, to speak less and listen more, and to work harder than I needed to on small things. Just as often though, maybe more often, the angst led me to worry about things that I couldn't control like what people thought or were saying about me. It led me to worry excessively, neurotically, about how my career was progressing. Was it fast enough? Was the role big enough? How did I compare to my peers? It led me to incredible frustration when things, and you can name a million of them, didn't go the way that I expected them to. So much of my career has been filled with angst. Not just angst though.

I think many people feel this way. Overwhelmed with internal angst and searching for resolution. We compare ourselves to others that we don't really know. We worry about what people think of us when they don't think of us at all. We struggle to compete on things that don't matter and neglect the things that do. We search for answers we don't need and waste the energy we don't have on the search. We all get spun up in our own thoughts and detached from reality.

My #DearMeTenYearsAgo, just chill out. Relax. Nothing is as serious as it seems at the moment. The angst, the anxiety, the worry is all wasted. Ten years later you won't remember because it won't matter. It never mattered. Just chill out.

Posted by David Verhaag at 9:24 AM